The Sig MCX was originally developed for the US Military as a kind of bigger, badder, more modular MP5.

The rifle was engineered with a tunable short-stroke piston gas system with the intention of being “silenced, light, and short”.  The military version absolutely lives up to that, and can easily be configurable to fire 5.56×45, .300AC Blackout, or 7.62×39, but how does the civilian MCX shape up?

Well, it just so happens my good buddy bought one, and he let me test it out for this review.

Sig Sauer started producing the MCX in 2015, but it was in development for at least a few years before that.  The rifle is a hybrid of the gas system in Sig’s excellent MPX submachine gun and a standard AR-15/M4 platform.  You can actually use a regular AR lower with the MCX upper, but you need an adaptor.

Personally, I’d try to get the standard MCX lower.  Its very good, doesn’t require an adaptor, and takes standard STANAG-type AR mags.  The controls are also completely ambidextrous with the exception of the bolt release.

The really cool thing about this rifle, and its claim to fame, is in the upper design though, so you may want just that part.  It is cheaper to slap an MCX upper on another lower, so pick your poison there.

The upper is special in that you can swap barrels on the fly…it literally takes about half a minute.  This allows you to swap between calibers quickly and easily, meaning you can get a lot of mileage out of just one upper if you have the accessory barrels on hand.

This is great for the military, as it allows for rapid configuration of the rifle to meet the demands of the current mission, but civilians benefit from being able to shoot several different ammo types from the same weapon.

Each MCX also comes with Sig’s amazing taper-lok muzzle system, which allows you to attach muzzle brakes and compatible suppressors without having to use a crush washer, which limits the performance of the suppressor.  It also means you don’t have to worry about timing a brake or suppressor perfectly…they’re more or less idiot proof.

Thankfully, the system also works with more common 90 degree shoulder mounts, which means you don’t necessarily have to buy a fancy Sig suppressor…but you absolutely should if you want to shoot suppressed.

Finally, each MCX comes with a skeletonized aluminum handguard that weighs roughly nothing.  In fact, the whole gun weighs about 6lbs unloaded.  Super light, short, maneuverable, and easily suppressed, what’s not to love?

I was fortunate enough to be able to test out the MCX pistol with SBX brace, chambered in 5.56×45, sadly in semi-auto.  The gun was brand-new in-box and had never been shot before.  I loaded up some mags, wiped down and lubed up the gun according to Sig’s recommendations, and took it to the range.

The first thing I noticed when I picked up the gun from its shiny pelican case, was how light it is.  Everywhere Sig could cut weight, they did, and you can really tell the difference even when comparing to a regular AR-15 pistol.  The gun’s buffer system is entirely enclosed within the upper, so no buffer tube, which means a folding stock or SIG brace is the name of the game.

Granted, a folding stock is a lot more useful on something like an SBR in my opinion but if you’re like me and have limited safe space (get it) you’ll really appreciate the option of making the already short gun even shorter.  I was stuck using the SBX brace, but I still wouldn’t call the gun particularly large.

In fact, running through a mock 3Gun stage with it I was struck by just how much of a difference the reduced weight and length really made.  The super light pencil-profile barrel definitely helps keep the gun from being muzzle heavy. It really did feel like I was moving around with a subgun rather than something firing an intermediate cartridge.

I’d say the MP5 comparisons are accurate, and the gun really does feel like a slightly grownup version of the genuinely excellent MPX.  And the fact that I can basically turn it into a meaner version of an AK pistol and switch to something in a 7.62 flavor is really cool as well.

One thing I didn’t like was the trigger.  Now, I’ve heard rumors and mutterings here and there that newer MCXs and the Virtus line that’s coming out in particular have better triggers.

I hope that’s the case because the one on the MCX I tested had a trigger with more grit in it than a John Wayne movie.  The gun is precisely made, with quality parts, by competent engineers, from a solid company that makes rock-solid guns…so why they didn’t spend a little more time on a better trigger is beyond me.

Maybe the gun’s military roots are showing and they went with something close to a mil-spec design.  While I appreciate the commitment to tradition, “mil-spec” is not a byword for quality when it comes to triggers.  A bad trigger can ruin the shootability of a great gun, and it’s a shame that, for the older MCX line at least, we have to take off some points for a trigger that’s aggressively mediocre in comparison to the rest of the gun.

That being said, the rest of the gun really is excellent, and while I miss the ambi bolt catch that’s on the MCX’s little brother, the rest of the controls being ambidextrous is a nice touch.  There are also QD cups a plenty so you can sling the rifle just about any way you want, which is to be expected from a militarily-minded design.

Now, bearing in mind the short barrel, my unfamiliarity with the gun, the pistol brace for a stock, and the lack of a great trigger, I wasn’t expecting this accuracy to be super great here.  Knocking plates at 25-50 yards with iron sights was a cakewalk, and every piece of paper I shot at full speed was a hit in the A zone, but stretching out to 100yds with what is technically a pistol is always cause for concern.

I shouldn’t have worried.  I typically default to Federal Gold Medal Match for accuracy testing because it’s one of the better factory loads I can reliably find on local store shelves, and its pretty consistent overall.

With that round and slapping a Vortex Strike Eagle 1-6x (one of our favs in Best AR-15 Optics) on the MCX, I was able to get groups in the sub-MOA range no problem, with the best group coming in at about .84 MOA at 100yards.  I feel like with a better trigger and a real stock, plus some better factory ammo or some nice handloads, the gun could do even better.

Recoil was typically light as you’d expect for something in 5.56, and I didn’t mind shooting 300 or so rounds through the gun over the course of a few hours, even with the Sig Brace shouldered.  During that time I experienced one issue with a failure to feed that turned out to be the fault of the mag (I’m rough on mags).  No rifle is going to feed well from a magazine with a gnarled up feed lip, so that’s on me.

I was worried that muzzle flip would be a little much when shooting the gun like a pistol, but the barrel brings enough weight that it wasn’t much of an issue there either.

Pistol though it is, this isn’t a carry gun, and realistically if you get into an “Oh shit” situation with it, you’re going to have it shouldered anyway, no matter what the ATF’s current stance on pistol braces is, so I can confidently say that if you want a super reliable home defense gun chambered in a rifle caliber that’s easy to maneuver in tight spaces, you could certainly do worse.

You can also easily suppress this bad boy, which is really where it starts to shine.  That would make for a fun day at the range.  It would also keep you from blowing out your ears in a home defense situation.

I can even see the MCX being a great hunting gun if you do a lot of trekking through the brush or over long distances.  A short, maneuverable gun is certainly a boon in those situations, and the gun is more than accurate enough to get the job done, crummy trigger be damned.

That being said, maybe opt for the new Virtus line, and get one of the variants that comes with a real stock.  Or get you one of the super nice Geissele drop-in triggers for the MCX ($249.99).  Need more options?  Check out our Best AR-15 Triggers.

The Sig MCX pistol is exactly what you’d expect to get when one of the most well-known and well-regarded firearms companies decides to make a kickass, short, light, easily-suppressed rifle.

Its an AR pistol.  It’s not the most ergonomically designed thing out there, but it is definitely the king of the genre for me.  It loses a point for that sub-par trigger, made all the more starkly irritating when you compare it to the rest of the gun.

Mechanically the gun is very accurate, and I feel you could probably get down in the .5MOA range with the right ammo, the trigger drags it down a little bit here.  Inside 50 yards or at “minute of bad guy” distance, you’ll be just fine.

It’s a Sig.  It goes bang every time.

You can take the handguards off in under 30 seconds with an Allen wrench. You can swap barrels in the field, and fire a variety of ammo out of the same gun. You can put all manner of braces and folding stocks on it. It has all the rails and keymod slots for you to mall ninja the shit out of it and ruin all that lightweight design and clean lines.  Its on another level of AR-pattern customization.

Looks are subjective, but the MCX looks sexy and if you think otherwise that’s fine.  This is America and you have a God-given, constitutionally-protected right to be wrong.

“Not cheap” should be Sig’s tagline, but that price is almost always justified, and in this case I think that’s definitely true.

Overall, the rifle (well, “pistol” in this case) meets all its design goals, but falls a little short when it comes to the trigger.  That being said, you can put another bang switch in there, and even with the factory one, you’re getting an incredibly well-made, thoughtfully-designed, modular rifle.  What’s not to like?

Got one yourself?  Let us know how you like it! 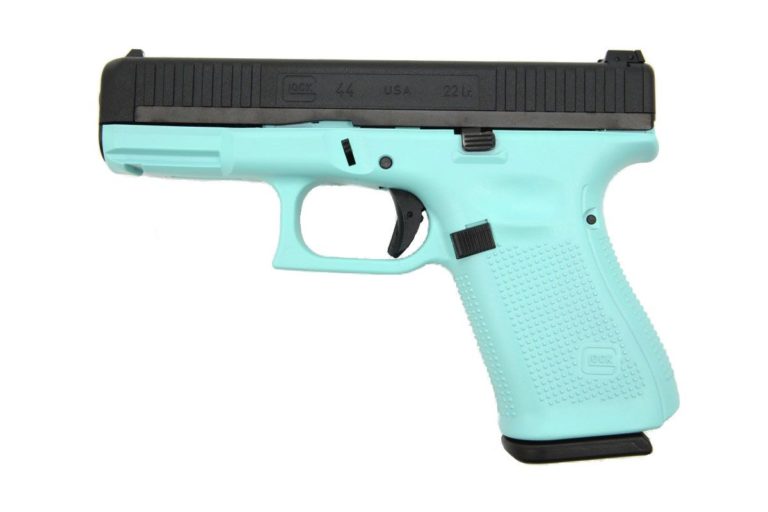 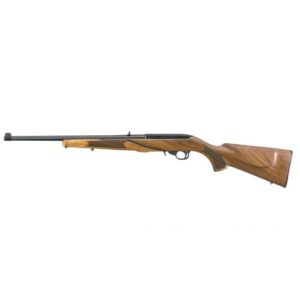 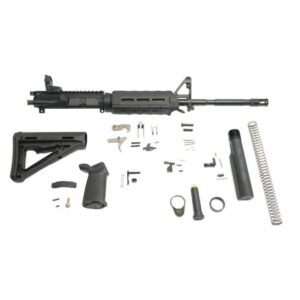 Written By Matthew Collins
Matthew Collins is a writer, editor, competitive shooter, hobby-level gunsmith and general firearms enthusiast. He has a background in the entertainment industry and currently works as one of our awesome writers in the field.