The world of ammunition can be pretty confusing.

If you’ve ever wondered what magnum ammo is, you aren’t alone. But don’t worry. We’re here to help.

In this article, we’ll walk you through the ins and outs of magnum ammunition, what makes it different, and if it’s worth shooting.

The Meaning of “Magnum”

Although the ancient Romans weren’t packing sidearms and hunting rifles (Maybe they’d still be around if they did), they loaned a tiny bit of their language to the world of modern firearms.

Today, magnum ammunition means “a cartridge equipped with a larger charge than other cartridges of the same size.”

There is no clear definition of what constitutes a magnum cartridge. No one is regulating the term, so makers get to decide if their cartridges deserve the magnum moniker.

There have been piles of cartridges that have carried the Magnum title. Some definitely deserved it (Here’s looking at you, .44 Magnum).

Still, other cartridges deserve to wear the Magnum badge and don’t. (We see you, .338 Lapua and .30 Nosler.)

Although it was a pretty good movie, Dirty Harry played a major role in creating a pop culture mythology surrounding magnum cartridges.

However, Clint Eastwood’s character is only partially to blame. Shooters have been exaggerating the capabilities of magnum loads since they were first introduced in the 19th century.

Before we get too far into what a magnum cartridge can do. Let’s clear up a few pervading myths.

On Becoming a Magnum

So how do we make a magnum cartridge?

We may swap out that propellant for a slower burning version, too. The idea is get more oomph behind the bullet.

But how do we make more room? Well, if we’re talking about rifle cartridges, we can:

When it comes to handgun ammo, we simply lengthen the case.

For example, a .357 Magnum cartridge is made from a lengthened .38 Special case.

Smith & Wesson simply bumped the case from 1.155 inches to 1.29 inches. They kept the bullet diameter the same (.357 inch) and stuffed the extra space with more powder.

A similar approach was used to make the .44 Magnum of Dirty Harry fame. The .44 Magnum is just a stretched and maxed out .44 Special case topped with a regular old .44 caliber bullet.

What About Shotgun Ammo?

When compared to standard target or field loads, Magnum shotgun ammo either contains more shot, more powder, or both.

Again, there is no standard, and it’s mostly up to the manufacturer to determine if their shotshells bear the “magnum” label.

You’ll want to check the payload and muzzle velocity of similar shotgun loads to make sure you’re comparing apples to apples.

Should I be Intimidated?

If you aren’t a fan of hefty recoil, magnum ammo may not be for you. (By the way, Hefty Recoil should totally be the name of a heavy metal band. Of that, I would definitely be a fan.)

There’s just no getting around the fact that magnums generally burn more powder and produce heavier recoil. Heavier recoil can make accurate shooting problematic, particularly when it comes to follow-up shots, and especially for inexperienced or recoil sensitive shooters.

Now loaded with .357 Magnum…can you tell the difference?

Some shooters will also be intimidated by the price tag on most magnum ammunition. They tend to cost a bit more than most “standard” cartridges of the same caliber.

However, when it comes to long shots or taking down the largest game, the performance of most magnum cartridges make them at least worth a closer look.

What Magnum Cartridges Can Do

The whole point of creating a magnum cartridge is to increase velocity.

By ramping up speed, you also create a flatter trajectory and extra terminal energy.

However, if we’re being realistic, most of the improvements are fairly minimal.

Before all the dedicated magnum fans start beating down the comments door with their virtual torches and pitchforks, let me explain.

As an example, let’s compare two favorite big game cartridges – .30-06 Springfield and .300 Winchester Magnum (.300 Win Mag for short). Most shooters will agree that when it comes to .30 caliber ammo, .30-06 sets the benchmark.

.300 Win Mag is probably the most common .30 caliber magnum cartridge. Its parent case is the .375 H&H Magnum. It’s just been blown out, shortened, and necked down to accommodate a .30 caliber projectile.

If you stand a .30-06 cartridge next to a .300 Win Mag, you can easily see the extra case capacity. And all that extra room does a fine job of beefing up the velocity of those .30 caliber bullets.

The average aught six ammo easily pushes a 180-grain bullet 2,700 feet per second or so from the muzzle. In comparison, Win Mag generates speeds of a sold 250 fps faster (standard 180-grain loads run muzzle velocities of about 2,950 fps).

That’s a difference of a blistering 170 miles per hour for those reluctant to do the math.

So what does that mean? Without getting too deep into the math (mostly because I’m no big fan of algebra), that increase in speed reduces bullet drop at 300 yards by approximately 1.3 inches (The .30-06 bullet drops about 8 inches at 300 yards, while the .300 Win Mag drops only 6.7 inches.)

That isn’t much difference, and when you factor in having to endure sometimes brutal recoil, it might leave some shooters wondering if it’s worth it.

But if you’re hunting big game at longer distances, it might be worth it.

At 400 yards, the .30-06 bullet drops a full 4 ½ inches more than the .300 Win Mag. That’s enough to send your soft point right underneath the boiler room of an average whitetail deer.

This is definitely the category where magnum cartridges really shine.

You need that extra oomph behind a hefty bullet to punch through thick hide, crush through tough bone, and still penetrate deeply enough to puncture the deep-set vitals of a charging Grizzly.

A standard cartridge may work if the shot is well-placed. But I’m not willing to gamble on my marksmanship when I can literally smell the breath of an angry carnivore.

And although .357 Magnum may have less energy than some of those bigger beefier magnums, its smaller diameter and higher velocities produce excellent penetration, making it perfect for small to medium game (as well as personal defense).

It even has enough power to hunt deer (at least at reasonable ranges, with decent ammo, and in the hands of a competent marksman). You just need to be able to tame that recoil.

Can I Shoot Magnum Ammunition in My Firearm?

If you have a firearm specifically chambered for a magnum cartridge, then the answer is a definitive and resounding “YES!”

However, shooting a magnum round from a non-magnum firearm could have pretty awful consequences, even if it was possible.

Let’s take a look at a specific example. .357 Magnum cartridges and .38 Special cartridges have a similar case length.

They even have projectiles that are the exact same diameter (Don’t be fooled. .38 Special projectiles typically measure .357 inches. It just holds the .38 designation for reasons.)

Despite the similarities, the longer (and more powerful) .357 Magnum cartridge typically doesn’t chamber in weapons designed for .38 Special ammunition.

And even if it could, it wouldn’t fire safely due to the increased pressure of the magnum rounds.

However, because the diameter of both bullets are the same, and the pressure in a .38 special is less than that of a .357 magnum, you can safely shoot a .38 special cartridge from a weapon chambered for .357 magnum.

The same is true for .44 S&W Special and .44 Remington Magnum weapons and ammo.

The world of rifles is a little less confusing. You shoot only the cartridges your rifle is chambered for.

There are examples of standard and magnum versions with the same caliber name (.222 Remington and .222 Remington Magnum, for example), but they are not interchangeable.

Basically, a rose by any other name is an entirely different flower. Or something like that.

It is super important for cartridges to have the correct length from base to shoulder. If the measurement is off by even a few thousandths of an inch, it can cause a case separation and maybe even a catastrophic failure.

So, don’t try to shoot cartridges your weapon isn’t designed to shoot.

(There are some firearms that can shoot more than one cartridge. Want to know more? Check out our article, Different Ammo in the Same Gun…Kaboom?)

Hopefully, you’ve learned a thing or two about what magnum ammunition is and what it can do.

Of course, the shooter pays the price in terms of recoil (and probably a few extra cents per round).

Some shooters think the price isn’t worth the payoff. Others swear to live and die by their magnum loads.

Which category do you fall into? Share your experiences with Magnum cartridges in the comments below.

Need help finding the best .357 Magnum ammo for hunting or self-defense? We’ll walk you through it in our article, Best .38 Special & .357 Magnum Ammo. We also have the skinny on the .44 Magnum. 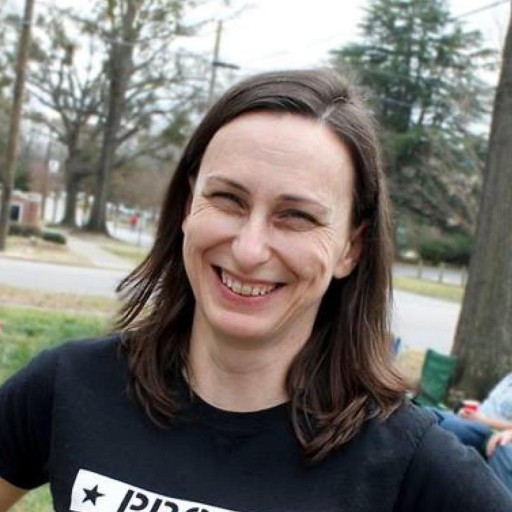