Every state has its own set of gun laws, so it’s no surprise that the laws on concealed carry are different from state to state as well.  As states go, New Hampshire is one of the more gun-friendly ones, so getting a license to carry is a relatively painless process.  In this guide, we’ll go over all the requirements and steps, so that you can get your CCW permit and make sure that you’re lawfully carrying in no time!

For those of you who have already checked out our New Hampshire gun laws section, you know that the state allows for both open and concealed carry without a permit.  New Hampshire still issues CCW permits (officially a “license to carry”) though, so license holders can use it to carry concealed in other states.

It isn’t too difficult to get a license to carry (LTC), since New Hampshire is a shall-issue state.  Basically it means that as long as you meet all the requirements and fill out the application correctly, you will be issued a license.

There are some basic requirements to qualify for an LTC.  The good news is that being a resident of New Hampshire isn’t one of them!  Non-residents can apply for a New Hampshire LTC by applying to the director of the state police, and will have to meet the same requirements as residents.

Residents of New Hampshire will need to apply to the selectmen, mayor, or chief of police of their town.

To actually qualify for the LTC, you must:

Sounds like there’s a lot of leeway there to be denied an LTC, but the good news is that, hunting, target shooting, or self-defense are all considered proper purposes.  Makes sense, since you don’t even need an LTC to carry concealed in the first place!

You are prohibited from getting an LTC if you:

Hopefully none of those things apply to anyone reading this, and you’re on your way to getting that LTC!

Once you meet all the requirements, fill out the application, and provide the other documentation requested (photos, fingerprints, etc.), you’ll need to wait about 14 days for either the license to arrive in the mail, or a letter telling you why you were denied.

If you were denied, the letter will contain the reasons for the denial, and also how to appeal the decision.  Typically denials are because someone (hint hint) to provide the requested documentation.  If it’s anything other than just filling out the application incorrectly, you may need to appeal the decision to your local court.

If everything is fine, you will get an LTC instead, and the only thing you’ll need to do is remember to renew it every 5 years after that!

Have Gun, Will Carry

Once you have your LTC, you will need to be careful where you carry it, just like you would even without the license.

You cannot carry a firearm in a courtroom or area used by a court, including a courthouse, or any other areas directly connected to courtrooms, including the judge’s chambers, holding facilities, stairways, and waiting areas.

Basically, if it seems like it is related to a courtroom or a room you would see in a courthouse, you will not want to bring your firearm in there.

It’s also a good idea to keep in mind that any place with metal detectors are probably places you don’t want to be bringing your guns.  If you happen to be going somewhere your gun is not welcome, you can always leave it in a gun safe in the car so it’ll be waiting when you get back.

The whole point of getting an LTC in New Hampshire is to be able to carry when you’re out of state!

Your LTC is recognized in:

It’s important to keep in mind that in Arizona, Colorado, Florida, and Wyoming, you must be 21 or older for those states to recognize your LTC.  All of you lucky enough to have a handgun before turning 21 will have to wait to bring it with you to any of those states.

But keep in mind, New Hampshire has permitless open and concealed carry.  As long as you are legally allowed to own the firearm, you can carry it!  You don’t even need to bring that CCW permit with you in the first place!

That’s it!  You’ve got all you need to know about getting a New Hampshire LTC!  Take a look at our recommendations for concealed holsters if you’re looking to put that new permit to good use, and don’t forget about CCW insurance, too!

And for those of you who haven’t had a chance to check out our New Hampshire gun laws section yet, hop on over and take a look!  We’ve got a quick and dirty rundown of all the gun laws you’ll need to know on buying your next firearm and being a responsible gun owner! 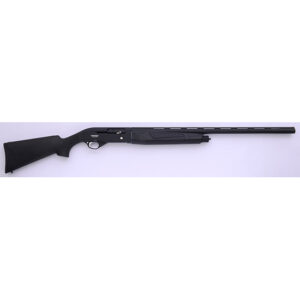