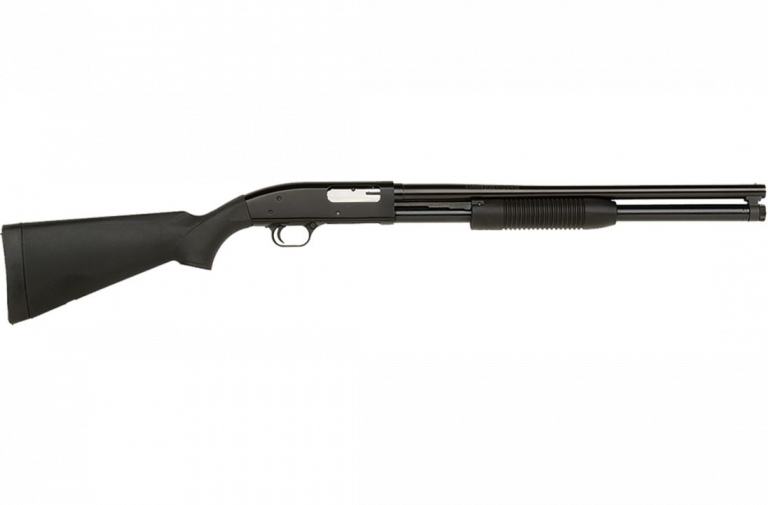 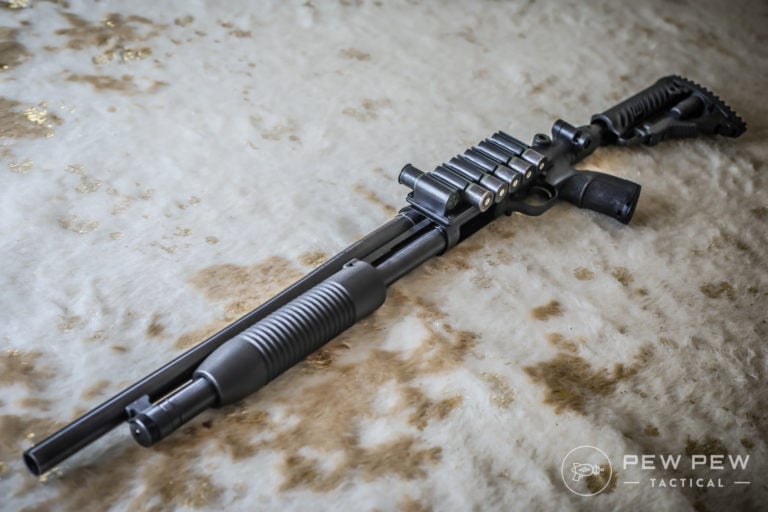 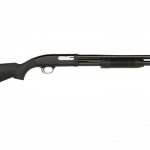 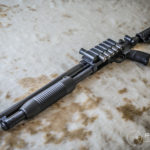 The Mossberg Maverick 88 is the true everyman’s shotgun. It is affordable, reliable, durable, and is built on the design of one of the most proven shotguns in the world. This is the ultimate bang for your buck in the shotgun world and possibly one of the best deals in the firearms world as a whole.

Accuracy
Mossberg shotguns tend to pattern well, but some models with shorter barrels and fixed chokes may show some accuracy drop off

Reliability
This shotgun is as tough as they come

Ergonomics
The safety location is not as good as its bigger brother, the Mossberg 500 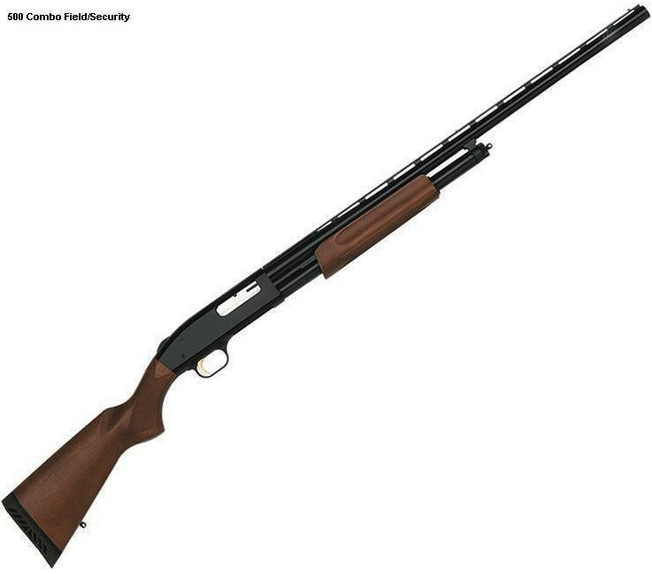 Usually coming in at under $400, the Mossberg 500 Field/Security pump-action shotgun is one of the most versatile guns you can buy for the money. This gun comes with two barrels, a 28-inch field barrel with interchangeable choke tubes and an 18.5-inch security barrel with a fixed choke. Having both barrels allows you to have a do-all gun that can cover anything from hunting to sporting to home defense. Mossberg makes the barrel change process simple and easy, with a single screw making the barrel swap a 60-second affair that takes no tools. The ambidextrous tang safety makes this gun intuitive for most users, but the rest of the gun is pretty standard fare when it comes to ergonomics. The Mossberg 500 has been the gold standard for basic shotguns since the 60s, and it has the aftermarket to prove that. If you need a shotgun to cover all the bases, this is it.

“The Maverick 88 is a solid tactical defense shotgun that shares a lot in common with the Mossburg 500. It’ll never fail you if you use it right. It will, however, kick you pretty hard if you don’t. But for an affordable home-defense shotgun it offers the best bang-for-the-buck.” – Gun Noob