I spend a lot of time drooling over browsing through firearm manufacturer web sites.

And if you’ve ever been to any of the manufacturer’s pages, you might have noticed a slight difference between the prices they list on their page and what your local dealer sells them for.

This is because of a funky phenomenon called “MSRP” or “Manufacturer Suggested Retail Price.”

Every item you buy in a store has three prices associated with it:

A long time ago, manufacturers not only dictated the wholesale price of an item, but they also told the stores what they were allowed to charge for it.

This resulted in some very underhanded business practices.

The manufacturers were smacked down by the feds and that practice was ended.  Now, they just tell the retailer “hey, you can sell it for whatever you want but we feel a fair price is $X dollars…” and that’s MSRP.

Some retailers are like “Great suggestion!  Thanks for saving me the work!” and sell at MSRP.  Then they have massive sales every now and then where they take 25%-50% off the price of items and you think you’re getting a great deal.

Smarter retailers say “yeah, that’s great and all but I want to actually sell things” so they’ll ignore the MSRP and just do a small markup over wholesale price.

Usually about 10% or less over wholesale.

Real Price of a Gun

Well, you could turn off your computer and go down to the store.

I need the traffic on my site.  Never turn off the computer.

Instead, one of the best places to get an idea of the “street price” of a gun is GunBroker.com.  This is essentially the Ebay of the gun world. 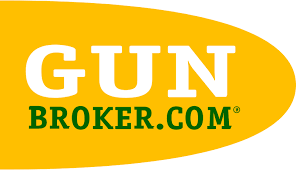 You’ll see all kinds of prices ranging from wholesale to MSRP there.  Look for the prices in the middle of that range and you’ll have a pretty good idea of what you will be paying “out the door” at your local shop.

There are some cool tips and tricks you can employ when you’re using GunBroker, also some scams to look out for…get the Full Rundown.

On average, you’re going to see at least $100-$200 difference between retail and MSRP.  If you find a super great deal online, which is entirely possible, you can buy the gun there and have it shipped to a local shop.

If the prices at your local shop are comparable, however, I would recommend buying local.  Not only do you get to handle the gun first but it helps the stores and it helps your local economy.