A common question discussed at length in gun stores, ranges, and forums the nation over.

Everyone seems to have an opinion on the topic, and many people are looking for the answer.  The correct answer, like with so many other topics is, “It depends” and you’ll just have to decide for yourself in the end what is best for you.

Disclaimer:  While some of the information provided here is legal in nature, it is not to be construed as legal advice, and is for educational and entertainment purposes only.

Pistols, on the other hand, are firearms designed to be gripped by one hand. Pistols can have any length barrel, though most commonly they will have shorter barrels ranging from 3 to 12 inches.

While pistols cannot have a “stock” they can have a brace such as an arm brace, a stabilizing brace, or in some cases just a buffer tube with some padding or foam on the end.  We cover all of them in Best AR-15 Braces.

These are designed to be shot without shouldering the gun…

Devil is in the Details

At this point, you might be asking yourself why the buttstock versus brace is a big deal?

To some, it isn’t – but for others, it is the difference between crunchy or smooth peanut butter.  This is one area that is simply preference. There are other factors that need to be considered though.

On pistols, you cannot have vertical fore-grips.

This is probably one of the things that I see most overlooked at the range when I talk to guys shooting.  They have a nice looking pistol build, can shoot it, but then have a vertical grip on it that makes it illegal.

Angled grips are allowed on pistols, though I have talked to people who were told by the ATF they were on thin ice due to the angle.

SBRs, on the other hand, can use whatever grips you like.  Do you really like that sweet bipod fore-grip?

Not a problem, the world is your oyster in this regard.

One of the main arguments against SBRs that I see time and again is the amount of involvement with the federal government.

Whether or not the National Firearms Act is an infringement on the Constitution is a debate that will rage on longer than my lifetime I’m sure, but for the time being, if you want to stay in the legal realm, you have to comply with it.

That means that in order to make an SBR, you have to register it with the ATF and pay your $200 for the tax stamp.

It doesn’t end there though.

If you have an SBR and need to take it out of the state you manufactured it in, you have to ask for permission first.

The ATF Form 20 has to be filled out and sent in for approval before you can legally transport your SBR to another state (assuming SBRS are legal there).  There is a silver lining though, you can fill them out well ahead of time.

Thankfully, the Form 20s can be submitted for a year’s worth of travel at a time so that you don’t have to do one every few weeks if you go to the same destination over and over.

Pistols don’t require the Form 20 permission, which is a huge draw for some people.  Throw your gun in the car, make sure you are adhering to the laws of the states you are traveling in, and put some miles on the road.

That brings me to my next point, knowing the law can save you a ton of headaches.

Each state is going to have a different stance on SBRs and pistol builds.

After working and socializing with a ton of law enforcement officers, I can tell you that many of them simply do not know a ton about the differences between SBRs and pistol builds.

Others still aren’t super informed on tax stamp laws, so your best bet is to make sure you know them well enough to explain. I am by no means bashing law enforcement officers, they simply have more pressing things to make sure they know.

If you aren’t sure about the laws of a particular state, class3laws.com is a good site to start with, as it typically is updated regularly.

If you aren’t sure of your state’s laws, contacting a local ATF field office can get you the answers you need – they are a lot more friendly and willing to help than most people would think!

Pistol builds are typically treated just as their name would imply, like pistols.

Here in Nevada for example, I can have a loaded AR pistol in my vehicle without any issue.  I can even conceal one if it tickles my fancy, though if you try you will more than likely print enough that you get some insane looks.

SBRs on the other hand, are governed by the laws for rifles.  In Nevada, I can have a rifle in my vehicle, I can have a loaded magazine inserted, but I cannot have a round chambered.

I can carry a rifle around under the same condition as transporting one in my vehicle, though again you have to determine what level of staring and questions you are willing to put up with.

The Grey Area is Where Some Choose to Live

I mentioned earlier about rifles being designed for shouldered fire, while pistols were not.

As times change and parts and accessories evolve, so do the uses and applications that shooters come up with.  Shouldering a Pistol Stabilizing Bracer is one of those topics that has evolved, changed, and remains left in the dark.

The ATF has responded to this topic over and over, repeatedly saying that shouldering a brace (as of this writing) is not illegal.  See the ATF Letter.

That isn’t to say that it is entirely legal either though, as there have been court cases where ATF letters were not allowed to be admitted as evidence.  If you plan to use a determination letter at any point, your best bet is to write to the ATF and get one addressed to you specifically.

In the future this could very well change, so make sure you stay aware of the current status so you aren’t caught off guard.

SBRs on the other hand, offer a level of legal protection.  In the states that allow them, as long as you have the tax stamp and documentation to prove it, you can do as you please in a number of regards!

With an SBR you can shoulder your gun or fire without shouldering, have your barrel and overall length as short as you like, or use whatever furniture you like. You can also rest easy knowing that you have something more solid than a determination letter to rely on if you are confronted about your firearm.

Building and buying an AR-15 pistol is basically the same as a normal AR-15, except with some different parts like a brace and a shorter barrel. Our guide to the Best AR-15 Pistols can get you started off right!

Buying an SBR on the other hand…that requires some extra work and you’ll need an FFL near you with the right licensing. That’s why, generally speaking, it’s a lot easier to buy a lower, start the paperwork, wait for your tax stamp approval, and then build or buy an upper to complete the rifle.

To some people, SBRs are only for people making clone guns or wanting to play operator.  To others, pistols are for people too cheap or paranoid to get the tax stamp.

In the end, the person that can make the decision on which is better is you.  Each person’s needs and application are going to be different. Where you live, your budget, and at some point, your patience will all come into play when deciding which is better.

So what did you choose – SBR or pistol? Tell us about it in the comments! If you want more great AR-15 content, check out the Best AR-15 Upgrades! 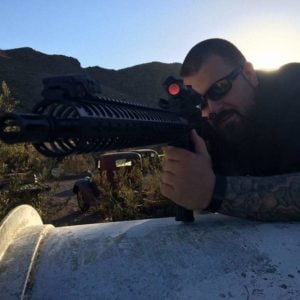