Like most of the New England area, D.C. has quite a few restrictions regarding gun ownership.

But you’re in luck!  We’ll go over everything you need to know on buying a gun and being a responsible gun owner so you can take those firearms home in no time! 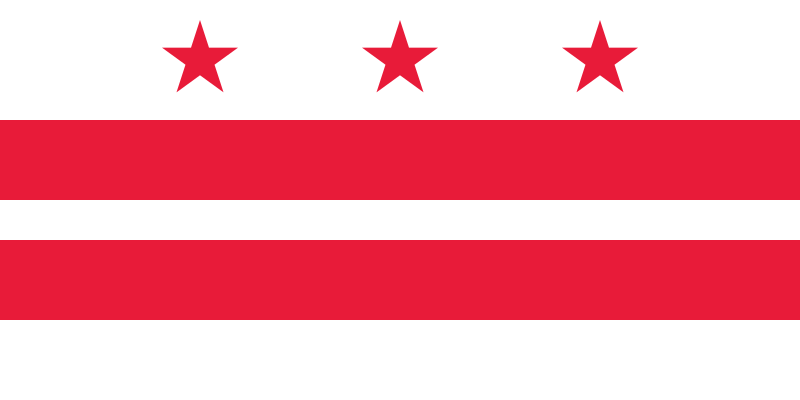 As the nation’s capital, Washington D.C. is full of politicians and their bodyguards and somewhat ironically given the number of guns those bodyguards carry, the city has some of the most restrictive gun laws in the nation.  Fortunately, as much of a hassle as it is to buy a gun, it is still possible.

What does that all mean?  Basically, you will need to buy a handgun from a dealer outside of DC, since DC is not a state, and have them ship it to a DC gun store.  DC does not have any gun stores that sell handguns to the public, so if you want to buy a new handgun in the city, this is the only way you can do it.

If you want to buy a handgun from a private seller, you’ll still have to fill out the registration form and take it to a DC gun dealer (i.e. someone with a federal firearms license, FFL) anyway, since only a licensed firearms dealer can fill out the rest of the form, so it won’t really save you any time or money.

So what’s this about registration?

Back to the actual handgun-buying process.  The registration form you’ll need to bring to your local gun store actually involves a two-part process that has to be completed before even heading to the gun dealer.

If you live in DC and want to own any firearms, or even just keep the ones that you brought with you from out of state, you’ll need to register them all with the MPD.

The registration form can be picked up from the DC Metropolitan Police Department (MPD), and requires a:

The proof of residency can be anything from a DC driver’s license, DC vehicle registration card, lease agreement for your residence in DC, the deed to your home, or any other type of legal document that shows your DC residency.

A primary source document can be either:

A secondary source document can be any of:

You’ll need to make sure you complete the registration form before bringing it with you to your local gun dealer, and they can fill out the rest of the form when you actually pick out the gun you want.  The registration form will then be sent to the MPD Firearms Registration Section (FRS), and they will register the firearm and conduct a background check on you, which usually takes about 5 days.

But you don’t need to worry about the 5 day waiting period.  You can’t pick up your firearms until 10 days after the initial purchase date anyway, so even if your registration form is returned to the dealer before then, you’ll still have to wait the full 10 days before you can liberate your firearm from gun jail.

Not too bad, right?  It sounds pretty simple, but when you actually go through the process, you’ll realize how many hurdles are actually in your way to buying a handgun.

What about a long gun?

At least buying a long gun isn’t much more difficult than the process for buying a handgun.

The main differences between buying a handgun and long gun in DC is that you only need to be 18 to buy a long gun, and your local gun store will actually sell long guns directly to the public.  You’ll still have to go through the same wait times for the registration form and the 10 day waiting period, however, because waiting 10 days will supposedly let you cool down from whatever crime you were going to commit with the gun.

What about bringing in your own guns?

Since DC is generally a transplant city, you’ll most likely have moved here from somewhere else, rather than having grown up in the city.  If that’s the case, you may already have your own firearm collection to bring to DC.  The good news is that you won’t need to jump through all the hoops of the firearms purchase process.  The bad news?  You’ll need to register all your guns.

If you move to DC and bring your firearms with you, you’ll have to register all of them with the MPD within 48 hours of moving, and each separate firearm will need its own registration form.  And of course, since you will need a licensed firearms dealer to fill out part of the registration form, you’ll have to become BFFs with your local gun store and register every single gun you brought with you.  Not the worst thing in the world, but also not the best.

Have gun, will carry

Want to carry a gun in DC?  Maybe avoid the White House area.  Or the monuments.  Or anywhere else in DC, basically.

Open carry is prohibited in DC, but concealed carry is allowed, typically with a license.  There are also situations where you can carry without a license, however.

You can carry your firearms, as long as they are validly registered with the FRS, if you are:

For those of you interested in getting a license to carry concealed in DC, hop on over to our DC CCW section after you finish up here, and we’ll guide you through all the steps to getting your license and defending your freedom!

If you are transporting your guns in a car, whether it’s your handguns or long guns, there are some rules you’ll have to follow.  You wouldn’t want to be pulled over by DC police with a car full of guns being transported illegally!

A firearm has to be unloaded when being transported in a vehicle, and neither the gun nor ammo can be readily accessible or directly accessible from the passenger compartment of the vehicle.  This means that you’ll basically need to keep your guns in the trunk when transporting them.

Not taking a vehicle?  If you are transporting firearms in general, you need to make sure the firearm is:

When can you use your guns?

Outside of the shooting range, there are only a few situations where you are allowed to use your firearms.  Luckily, these situations include self-defense scenarios, where you may be faced with a threat against yourself or loved ones.

Under what is commonly referred to as the “Castle Doctrine”, DC law allows you to use deadly force in self-defense if you believed it was necessary to defend yourself while at home.

Specifically, you are allowed to use deadly force if you reasonably believe that it is necessary to defend yourself or another person from imminent danger of death or serious bodily harm.  This does not allow you to protect your property, however.  If someone is just stealing your TV and running out the door, you cannot use deadly force to stop them.  If they point a gun at you, then that’s a different story.

In DC, if you are outside of your home, you are actually allowed to use deadly force to defend yourself against threats of death or injury to yourself or others.  Sort of.

You are required to take reasonable steps, such as stepping back or walking away, to avoid using deadly force, as long as it is safe for you to do so.  However, this does not mean you have a duty to retreat when you are in danger of death or serious bodily injury, and can use any necessary deadly force to respond to the threat.

Even with all these laws on self-defense, you should always use your best judgement to decide what type of force is appropriate.  Just because you are allowed to use deadly force doesn’t mean you have to.  Taking any life is always a serious decision, and may not always be necessary in order to end a threat to you and your loved ones.

What about non-lethal options?

If all of this seems like a hassle and you would rather just try to get your hands on non-lethal options instead, that’s perfectly fine too.  Pepper spray or mace is legal in DC, and you can just buy it from Amazon or your local Walmart.

Tasers and stun guns, however, are a different issue.  You must be 18 or older in order to own a taser in DC, and it can only be used to protect yourself or your property.  You CANNOT use a taser for anything else other than those two situations.  It’s better than nothing, but you might as well just get a gun instead.

You didn’t think you’d be off the hook that easily, did you?  Even with your firearms in hand, you are only allowed to use magazines that can hold 10 rounds or less.  Any magazine capable of holding more is considered a “high capacity” magazine, also known in the rest of the country as “standard capacity” magazines.  Not a big deal, but an unnecessary hassle you’ll have to deal with when living in DC.

With that, you now know everything there is to know about buying and owning a firearm in our nation’s capital!  Well, except for the concealed carry laws, but we’ve got that covered too!

If you don’t want to worry about the concealed carry laws just yet, that’s ok too.  You can work on your gun collection instead!  You’ll probably want a nice safe to keep all your new toys though.  A sturdy safe can keep all your guns from prying eyes and curious kids.

In fact, if you decide to take your guns to work with you to your place of business, you are required to keep them stored in a gun safe, locked box, or other secure device.  It’s also a good idea in general to have a safe anyway, whether it’s at work or at home.

If you want to start smaller (for some reason), a gun cabinet, or even just a decent handgun safe may be a good investment, so all those rifles can have a quiet place to rest after a busy day at the range.  Now go out and pew pew!