All you need to know about the gun laws of Delaware in an easy-to-understand guide!

Despite being near New England, Delaware has managed to remain a relatively free state.  But that doesn’t mean there are no gun laws to follow!

We’ll go over everything you need to know on buying a gun and being a responsible gun owner.

How do I buy a handgun?

While no permit is required to buy a handgun, there are a couple of steps that you’ll want to keep in mind.

Even if you meet all of those requirements, there are some situations where you would be prohibited from buying a firearm.

are prohibited from buying or owning a firearm if you:

If none of those conditions apply, you’re good to go!

Typically, all firearm transfers, including private sales, must have a background check done by a licensed firearms dealer (FFL).  Like any good law, though, there are ways to get around it.

You can avoid the background check if:

To qualify as a curio or relic (C&R), the firearm must meet one of these conditions:

Like with handguns, Delaware does not require a permit to buy a long gun.

The same prohibitions and exceptions that applied to handguns apply to long guns too, but with an added bonus.  Buying shotguns does not require a background check!

If you’ve still got a few years before you meet the age requirements for a long gun or handgun, there’s good news!  Anyone under 18 can be transferred a firearm or ammunition with permission from a parent or guardian.  Be nice to your parents!

And let’s not forget…

Because there’s no point in being the first state without a special gun law of your own, in Delaware, it is illegal to shoot across a road or within 15 yards of a road, or within 100 yards of an occupied building or barn.  Yeah.  Barns.

So where can I bring my gun?

Never leave home without it!  You can openly carry your handgun in Delaware without a permit.  There are some limits on that right though.

State and national parks, courthouses, police stations, and prisons, are some places where you are not allowed to carry a gun.  Basically, use your common sense to determine if it would be appropriate to bring a gun into a building or location.  When in doubt, leave your gun in the car!

Concealed carry of a handgun is a different issue, and does require a permit.  Check out our CCW page to learn the steps in getting a permit and what laws to watch out for when carrying concealed.

When you’re transporting a handgun, you need to treat it essentially like an open carry situation.  Since a permit is required to carry concealed, you need to make sure your handgun is in plain view, whether or not it’s loaded.

If you want to be safe, you can always lock the gun away in the trunk.  But then, your gun would be in the trunk and not very useful. 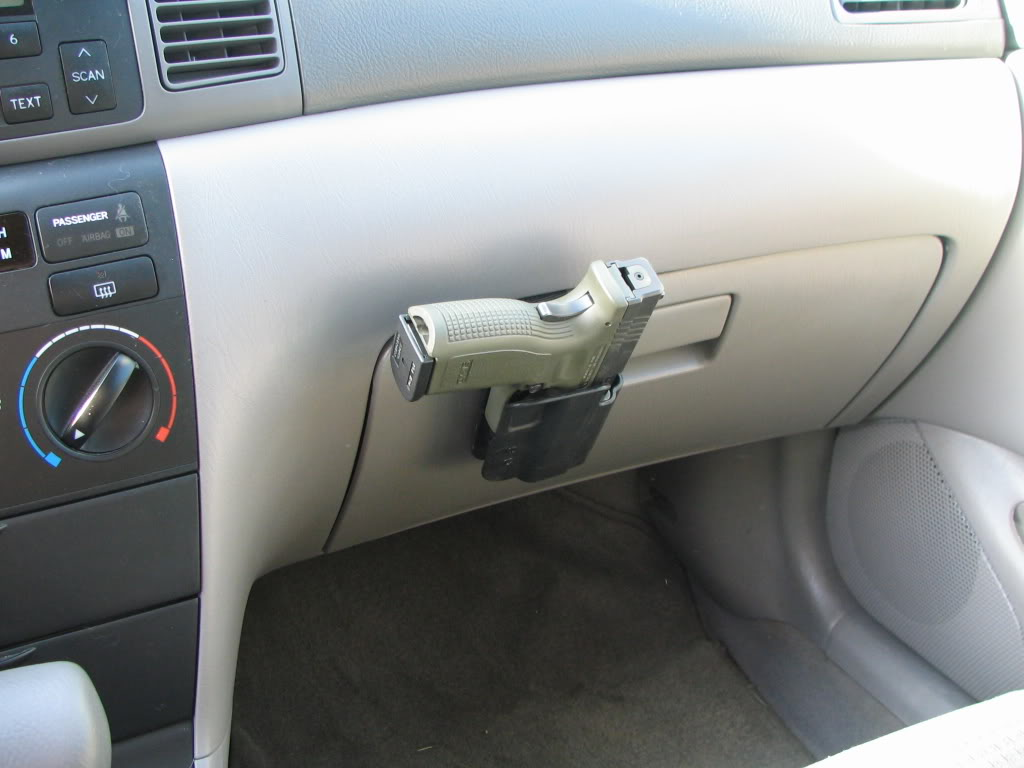 Just kidding.  This isn’t communist Russia!  Or California.  No registration of guns (or ammo!) is required.  You can give your New England friends a look of pity when they talk about how hard it is to buy a gun in their home state and then spend a relaxing day at the range to celebrate your gun rights!

Long guns, just like handguns, can be carried openly without a permit.  Short and sweet.

Transporting long guns, whether it’s a rifle or shotgun, requires the gun to be unloaded, no matter where you put it.  Even if the long gun is locked away in a case inside your trunk, it must be unloaded.

When can you actually use your guns?

Following all those laws and being a responsible gun owner is pointless if you can’t use your firearms when it matters: self-defense.

Delaware has adopted a version of the Castle Doctrine:  Deadly force is justified if a person believes that force is necessary to protect against death, serious physical injury, kidnapping, or sexual intercourse compelled by force or threat.

However, this only applies at home and at your workplace.

Delaware does not follow the concept of “Stand Your Ground”.  You have a duty to retreat if you can:

So don’t be a hero (unless you’re at home, or in the office).  It’s also a good idea to always keep in mind what type of force a situation calls for.  Just because deadly force may be justified, does not always mean it is necessary.

You made it!  The last gun law you need to know is also a bit of common sense.  It is illegal to leave a loaded gun within easy access to someone under 18 where that person could use the gun to seriously injure or kill himself or another person.

Since all firearms are to be considered loaded at all times (basic firearm rule #1!), it is always a good idea to lock away your shiny pistols and rifles when they’re not on your hip or slung over your shoulder.

A sturdy gun safe or gun cabinet can do the job of protecting your guns from burglars and curious kids, or even just a quality handgun safe for those of you just starting your handgun collection.  Safety first!