When I started my career as deputy sheriff — what seems like ages ago — I witnessed a time before video…when an officer with a solid track record could be trusted by default.

But I’ve also been privy to the transition into the world of video documentation of officer interactions through body-worn cameras.

This transition was met with some resistance…

New technology had to be learned and implemented — something that the salty “old-heads” hated. There was more gear to keep up with, and officers and deputies were concerned with the idea of “Big Brother” always watching.

Quite honestly, a lot of the ones doing the complaining were the ones that had questionable track records of behavior.

And that’s the topic of today’s Blue Brief – body-worn cameras. Where did they start, and do these devices actually help police?

When I came on, all of the patrol cars in our fleet were outfitted with in-car cameras, which captured interactions in front of a patrol car.

Officers and deputies also wore wireless microphones to pick up the audio interaction.

This tool was great for traffic stops, but outside of that, copious amounts of evidence went unwitnessed. That’s where an officer’s account and documentation of an incident carried heavy weight.

I remember these introductory units were very bulky. The camera itself was a small piece like the ones Axon still uses; however, the battery and storage unit was a large piece kept separately in a belt-mounted pouch.

These were nowhere near the compact and lightweight devices they have today.

Shortly after this test run, FSPD was a part of a mainstream TV show called Police POV. The show offered something that COPS never had before…first-hand views from a cop’s perspective.

While the show didn’t last long, it propelled the awareness of police work and body cameras.

Now that the history lesson is out of the way let’s ask a question. Have body cameras actually improved police work?

As I stated before, a cop’s word went a long way prior to body cameras. Nowadays, you’ll find that nothing is true unless it’s confirmed by video footage.

Does this mean cops aren’t trustworthy anymore? Absolutely not!

The video footage is evidence and therefore solidifies an officer’s first-hand account of what they saw in real-time at the speed it happened.

The evidentiary benefit wasn’t the only good thing to come from body cameras.

Further, citizen complaints could easily be looked into by reviewing the interaction on an officer’s body camera.

I’ve personally had complaints refuted by a review of my body camera footage — which saved my tail from what would’ve been stressful internal investigations.

All in all, body cameras have greatly improved law enforcement.

Some of the best training has been derived from breaking down body camera footage from incidents.

Personally, I’ve always enjoyed them being a part of my patrol loadout — a useful tool for critiquing and improving my own performance.

They provide direct access to undeniable evidence and also hold officers accountable for their behavior. Body cameras definitely make you more aware of your level of professionalism.

The technology has also vastly improved from the bulky belt pouch and entanglement of cords to an entire unit the size of a deck of cards.

The activation systems are also manual (with the press of a button) or automatic when lights and sirens are activated. There are even setups that turn on the camera when a gun is drawn from the holster or when an officer is within range of another whose camera is active.

The possibilities are only as boundless as the department’s budget.

With everything I’ve covered so far, you’d think body cameras were the ultimate solution. There is an ugly side of body cameras, though…

There are law enforcement agencies that have been, and still are, known for throwing officers under the bus. These agencies use years-old body camera footage to discover mistakes or minor policy violations.

It doesn’t matter if the mistake was big, small, or honest. The write-ups are still going to be issued. A portion of those write-ups could result in suspensions too.

Some would argue that this is holding officers to a higher standard, but it could also equally be argued that it creates an environment where cops are afraid to do their jobs.

Therein lies the double-edged sword of the body camera, or rather the power that the technology creates for those with access.

Most cops on the beat today will never know the job without wearing a body camera.

They’re so commonplace that it’s the absolute first thing anyone wants to see from an incident.

In fact, the footage is so popular that there are entire YouTube channels devoted to body camera footage alone. So, it’s safe to say body cameras are here to stay.

Ultimately the body camera is a tool without bias. It picks no sides and only shows what is — the truth. I can’t think of any better tool for cops to have.

Do body cams hurt or help? What’s your take? Let us know in the comments below. Also, check out more articles on policing in the Blue Brief Category. 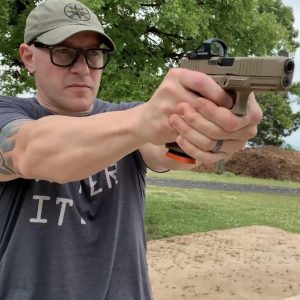 Written By Nick Tuttle
Nick Tuttle is a former patrol sergeant, serving 14 years in law enforcement as a sheriff’s deputy. In that time, he served on SWAT and was his agency’s combatives instructor. He is the creator and owner of The Mic Loop, and is now a full-time entrepreneur.