Want to know one of the best CCW guns ever produced?

That now is out of production?

My Sig Sauer P239 in 9mm meets every requirement I have for a concealed carry handgun.

I can honestly say this simply because I’ve owned it for close to 9 years where I’ve bought and sold many (too many to count) others that I thought would take its place.

It is accurate, reliable, indestructible, and most importantly, pleasant to shoot.

My story with the P239 began once I received my concealed carry permit.  I really wanted a thin handgun that I could comfortably wear concealed. While many conceal carry handguns are thin and small, I chose the P239 because it fit my hands the best.

I’ve carried the P239 for close to 9 years!  That is not an exaggeration. There were several years in that span where I literally carried it every day.  And what are the most remarkable things I can tell you about it? It is reliable, well made, and built like a tank.

The gun feels so solid thanks to it’s all steel frame. It’s not light like a lot of polymer frame guns, but it is by no means heavy, especially with the right holster and belt.  I would carry it all day, and even after I got home in the house (which would always bring up those questions from the wife).

The fit of the gun is beautiful, with all components perfectly mated.   It is easily disassembled for cleaning with the slide and barrel removed in just several steps.

I can’t even guess how many times I’ve racked the slide and pulled the trigger.  But I can honestly say that I’m always impressed with how smooth, clean and solid everything feels.  Even the Double Action/Single Action de-cocking lever is a pleasure to engage.

Due to the steel frame, weight is evenly distributed, feeling very balanced in my hands as opposed to being top heavy.    The stock Sig Sauer grips aren’t very sticky but are nice when carrying against bare skin. I opted to splurge and purchased a set of Nill grips.

These grips not only help the gun stand out, but they really provide extra grip without being too hard on the hands or body.  Yes, are expensive, but I can say that they are worth every penny.

The grip fits my medium sized hands perfectly.  There are extended magazines and base plates that you can add in order to increase the grip size if you find your pinky hanging in no man’s land.

This is not an ambidextrous gun, so right-handed shooters will love the location of the controls that fit within the reach of your right thumb, but lefties may struggle.  The magazine release button can be a switch to the other side, but the slide release lever and de-cocking lever cannot be moved. I have seen lefties overcome this with practice so it is possible.

I have shot many different brands of ball (full metal jacket) ammo through this gun and have NEVER had an issue.  Even after running up very high round counts without cleaning. That works out great for me…since I sometimes don’t clean the P239 regularly (I know… bad gun owner), but it still runs flawlessly.

Check out more of our favorite 9mm rounds for self-defense and plinking.

As this is my primary self-defense gun (in and out of the home), I’ve only shot this between 3 – 15 yards.  While I’m not taking this to target shooting competitions, it is much more accurate than I am, and is definitely accurate enough for a self-defense shooting, hitting a center mass target at 7-10 yards.

My favorite drills are shooting a steel silhouette about 10-15 yards out, and the P239 does its job as long as I do mine.

Personally, the grip angle on Sig Sauer pistols suits my hands perfectly. When I just naturally point the gun in the direction I want to shoot without taking aim, I’m not very far off, if not directly on target.

Natural point of aim is definitely something to consider when shopping around for a good self-defense handgun and the P239 is my perfect match.

I don’t have big hands, which is one of the reasons why I choose a single stack 9mm gun as my primary carry firearm.  The grip is narrow but comfortable, allowing me to get a great grip with both hands, but thick enough for me to feel like all of my hand is actually holding the gun.

The grip isn’t as comfortable as an HK p30, but I can easily shoot hundreds of rounds without my hands feeling tired. Being able to grip the p239 well helps with recoil control and follow-up shots.  Obviously, shooting 9mm helps as well.

I’ve already covered this a little, but I love how the p239 conceals well, whether I am carrying it in the appendix position or in the waistband at 4’o clock.

This means even when I’m sitting down, walking around, or driving, the p239 is small enough to be comfortable. The real challenge was when I was wearing dress shirts to work without a jacket.  I wanted to still carry even though I couldn’t wear an outer garment and the p239 was great.

I chose a Crossbreed tuckable holster with a Crossbreed belt and had great success concealing at the 4 o’clock position with my dress shirt tucked in.

In the appendix carry position was even easier in my Miller Tactical Group (MTG) tuckable holster.

Unfortunately, MTG stopped making custom Kydex holsters but you can find a similar product from Hell-Bent Holsters.  My favorite situation though is when I’m able to wear an outer garment with an outside the waistband holster.  In my RGrizzle OWB holster, I would sometimes forget it was there!

It’s all in the grip for me.  Both the grip angle and the grip size are what make this handgun so comfortable.  The only handgun that beats it is the HK P30 / VP9 with their modular grip panels.  Sig Sauer knows how to make guns that shoot with comfort. Part of this experience is because of the build quality.

I will never be more accurate than what this gun can shoot.  As I said, it is more than enough for my self-defense needs of hitting center mass from 3 – 15 yards away.

Over the course of the nearly 9 years I’ve owned this gun, and the thousands upon thousands of rounds that I’ve shot, it has never had a malfunction or issue of any kind.  Both FMJ and Hollow Point ammo feed beautifully. That might be a nod to the quality of ammo I use, but I believe it’s more about how reliable Sig Sauers are.

I’ll be the first to admit that the p239 is not going to win any beauty awards.  Something about the way it looks just doesn’t appeal to me, specifically with the curves on the frame and the wider grip.

Fortunately, I’m not entering it into any contests for looks, and I know that what makes it look funny are the things that make the gun so comfortable to hold and shoot.

The lack of an accessory rail means no lights, lasers or knives.  Not deal breakers for me but might be for some. Crimson Trace does sell a laser grip for the P239 if that’s your thing.  You can still upgrade the sights, grips, and internals like the trigger and barrel as well as buying extended magazines to carry an additional round and adding additional grip space.

Sigs tend to be more on the expensive end of the spectrum, but the p239 is one of the guns that is price competitive.  They can be found close to the $600 range and are well worth the investment. Yes, you can get handguns for half of that cost, but for the quality, reliability, and durability of this all steel frame gun, it’s hard to beat.

This is really my favorite gun to carry and shoot and I’ve owned and shot a lot (I always have a severe case of Gun Acquisition Syndrome – G.A.S.)!  It might not be the most ergonomic, or sexiest gun, but it does everything I need it to do really well. The fact that this is the gun that has been with me the longest is a true indicator of how great this gun really is, especially for self-defense.

I take self-defense seriously and choose to carry because I want to not only protect myself but my loved ones as well.  For me, having a handgun that I can not only rely on, but enjoy shooting is important since pleasurable shooting means more shooting and training.

Fortunately, I have never had to ever fire my gun in a life-threatening situation, but I carry the P239 because I know that if I ever had to fire, it would go bang every time.

Do you carry a P239? How about another Sig? Let us know in the comments! Looking for other single stack CCW Weapons, take a look at the 6 Best Single Stack Pistols! 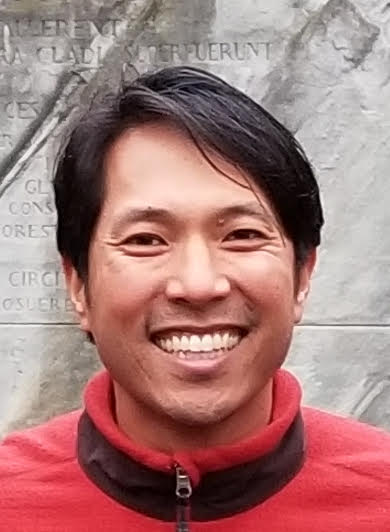