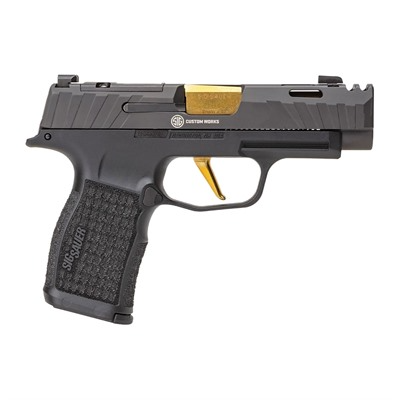 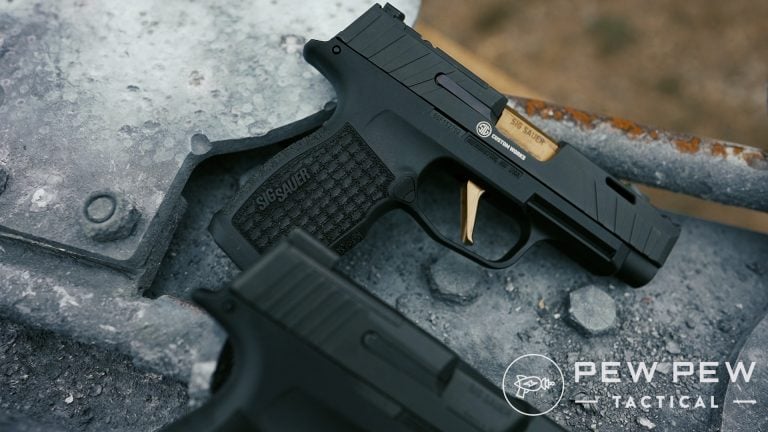 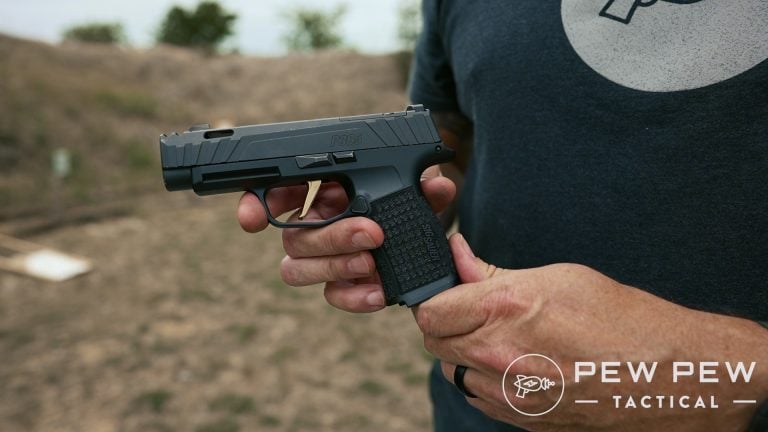 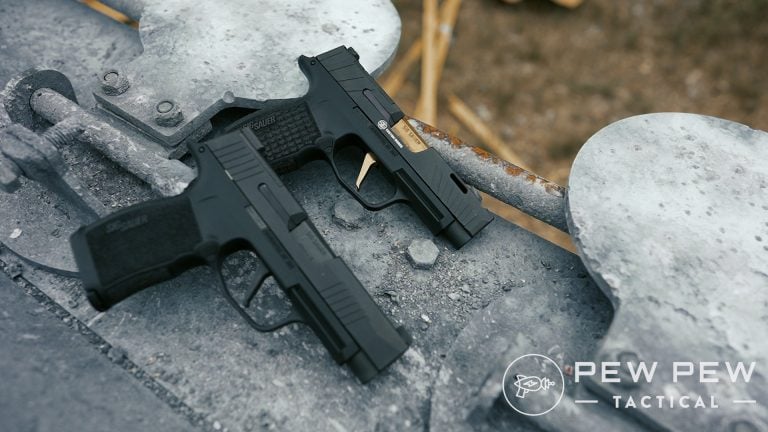 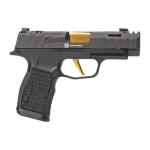 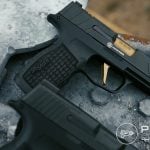 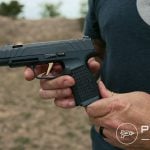 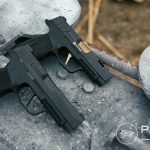 Sig took their base model P365 XL and add aggressive texturing, a compensated barrel, and improved optics mounting to create the Spectre Comp. The result is an improvement on an already immensely popular and shootable platform.

Accuracy
I put together some 3-shot groups from seven yards with the Spectre Comp and they averaged around 1.5 inches. The Sig 3-dot sights were easy to pick up.

Reliability
We shot several hundred rounds through both the P365XL and the Spectre Comp with zero failures.

Customization
This is a tough category for a gun already heavily customized. While Sig has created an impressive package with the P365XL and Spectre Comp, their proprietary accessory rail somewhat limits its customization.

Ergonomics
The grip and hand feel are great, although we found the magazine release to be a little subdued for larger hands. 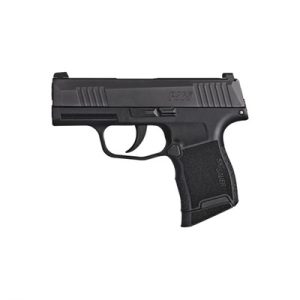 “The rest of the industry has had a couple of years to catch up but the P365 is still an impressive micro 9mm that is super popular as a CCW option.” 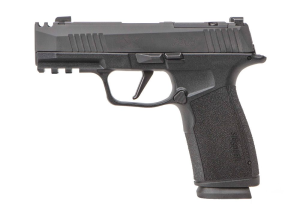 Sig is driven to continually do more, and that statement is plainly demonstrated in the X-Macro Comp. This micro-compact holds an impressive 17+1 rounds, featuring an integrated compensator making it a lot of bang for the buck. – Sean Curtis 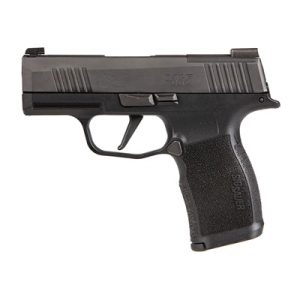 The P365X combines the excellent feature set of the regular P365 with the larger grip module of the P365XL. The end result is a still compact gun that gives a bit more purchase with a larger grip while also increasing the capacity with flush-fit magazines. 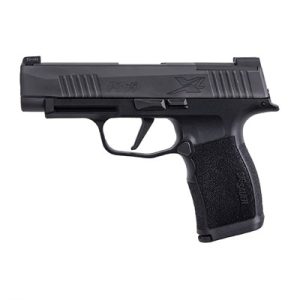 One of our favorite CCW guns as it’s very reliable. 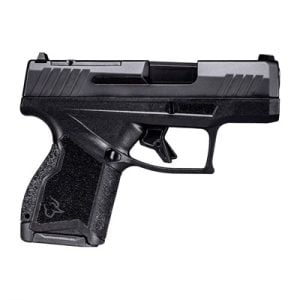 “The Toro is Taurus red dot ready version of the GX4. Not only does it run a red dot, but it has a mag extender giving a total capacity of 13+1. Its magazine release was a little shallow, but it’s billed as a carry gun, and carry guns typically include smaller controls. With practice we got used to it and the mags cleared freely when dropped. The magazine extension adds round and also makes the gun easier to handle. As far as shooting, it feels way less snappy than we anticipated. Overall, we liked it!” – Sean Curtis

“Is the Sig Sauer P365XL Spectre Comp worth the extra money? In my mind, it is but each shooter will have to make that decision for themselves. The integrated compensator allows you to shoot more quickly without a doubt. This is great for controlled pairs, small strings of fire, or even faster than normal shooting. Being able to reobtain sight picture quicker and deliver rounds downrange is an advantage some folks are absolutely willing to spend a little more for.” – Sean Curtis