Are you tired of the same old, boring Thanksgiving turkey served year after year?

Or do you want to impress your friends and family with a more historically authentic meal?

An oven-roasted turkey probably wasn’t the centerpiece of that first Thanksgiving meal, especially since there weren’t any ovens in the Plymouth Colony.

If you’re looking to spice things up, try adding one (or more) of these alternative traditional meats to your dinner.

They will definitely add a little pizzazz (not to mention historical accuracy) to accompany your sweet potatoes, cranberry sauce, and pumpkin pie.

While we don’t know an awful lot about the specific dishes served that first Thanksgiving (which probably took place in mid-October 1621, not late November), we do know for certain there was plenty of venison.

According to a letter written by Plymouth Colony leader Edward Winslow to a friend back in England,

“…many of the Indians coming amongst us… went out and killed five deer, which they brought to the plantation and bestowed on our governor, and upon the captain and others.”

While the language definitely sends me into traumatic memories of high school Shakespeare, there is zero doubt that the first Thanksgiving table had plenty of deer meat.

So, if your wife or significant other is giving you grief about how much time you’re spending in that treestand, just tell her you’re making personal sacrifices to contribute to a bonafide, 100 percent factual Thanksgiving feast.

Edward Winslow also mentioned there was “waterfowl” on the dinner menu.

Waterfowl is a pretty generic term, so feel free to interpret it as you will. Chances are good he meant there was plenty of goose, duck, and swan gracing the table.

Many modern sportsmen prefer the taste of a nice wild scaup or mallard over bland domestic turkey. Plus, it’s a nice excuse to spend some extra time in a duck blind (especially if your mother-in-law likes to show up to dinner early).

The birds were probably roasted and then boiled, or perhaps boiled and then roasted because there were no ovens.

And the first Americans (both native and pilgrim) definitely enjoyed some leftovers, usually as a hodgepodge soup or stew.

Since there were no refrigerators, Uncle Joe definitely wasn’t staggering to the kitchen in the middle of the night to fix a cold swan sandwich.

The original Plymouth Colony was located on what is now called Cape Cod Bay.

While we don’t have any cold, hard evidence that cod was served at the first Thanksgiving, we know the area was a literal breeding ground for this mild, flaky white fish. Cape Cod Bay didn’t get its name for no reason.

Salted cod actually became an important export for New England. Cod in some form, either roasted, salted, or boiled, was probably part of the first Thanksgiving fare.

Although the waters surrounding the colony had plenty of cod, the English colonists initially had no idea how to catch them. Thankfully, generous locals like Squanto didn’t just give a man a fish so he could eat for a day.

He actually taught him how to fish, so he could later piss off his wife by spending weekends and holidays in a boat instead of with her parents and the kids.

Oh, yeah… and so they could eat. It was definitely a win/win.

Plymouth was a coastal colony, and as any good beach tourist knows, you can’t head to the coast without enjoying at least one good seafood dinner.

Most historians agree that a variety of shellfish was served at that first 1621 shindig.

Mussels were insanely plentiful on the rocks along the New England coast, as were bountiful clam and oyster beds. There were also loads of inshore lobsters.

So, if you want to serve up a nice low-country boil or crack into some fresh Maine lobsters for your Thanksgiving feast, you can just say it’s all in the name of historical authenticity.

Although this slippery, slimy entree isn’t mentioned on the official First Thanksgiving menu, we know it was a staple food for early colonists.

Edward Winslow mentions the eel (and Squanto’s admirable eel fishing prowess) in his writings. There is a high probability that smoked, dried eel helped the Pilgrims survive those first harsh winters.

Although eel isn’t something our modern palates typically crave, Winslow describes it as “fat and sweet.” Hopefully, they taste better than they look because….gross.

They seem cute and cuddly, but fresh seal meat was also a common food for both Native Americans and early colonists in the Plymouth area.

Seals were plentiful, and their meat is high in protein and calories, both important ingredients for surviving harsh winter months.

The pilgrims probably boiled their seal meat with onions and herbs. Their Native American neighbors probably ate it raw. Seal tartare, anyone?

The bald eagle was pretty prolific back in America’s youth. It wasn’t uncommon for many Native American tribes, including the Wampanoag, to eat these majestic birds of prey.

Many historians believe bald eagles may have graced those first Thanksgiving dinner plates.

While bald eagles may have been traditional victuals for pilgrims and their neighbors, I wouldn’t suggest rolling up to Grandma’s house with a roasted bald eagle this Thanksgiving.

Although eagles are no longer on the endangered species list, shooting, killing, harassing, or mocking (okay, maybe not mocking) a bald eagle could land you a hefty fine and some jail time in a cell with some guy named Bubba.

You just aren’t free to find out for yourself…because of laws and stuff.

Although the heath hen went extinct in 1932* and the passenger pigeon in 1914, these two birds were insanely plentiful when the Mayflower first landed on Plymouth Rock.

(Apparently, people are mad sciencing the heath hen back from extinction. Because that totally worked for Jurassic Park; great job, Phil!)

Heath hens, sometimes referred to as “partridges” in Pilgrim accounts of that first Thanksgiving feast, flocked in open areas, making them easy to catch in large numbers.

In fact, these birds were so abundant they were later served to servants as a cheap and easy meal.

Passenger pigeons were also prolific when the Pilgrims arrived. There may have been approximately 5 billion of these birds across North America at the time, which would have made it the most numerous bird on the face of the planet.

Passing flocks of passenger pigeons were so large and dense that they would blacken the sky. Sounds like something straight out of a horror flick.

Unfortunately, overhunting contributed to the demise of both of these once bounteous birds, so if you want to add them to your Thanksgiving meal, you’ll need a pimped out DeLorean with a flux capacitor.

Good luck with that. Bring me back some pigeon pie.

If you want to throw down a traditional Thanksgiving supper, you’ll need to add these meats to your shopping list…because you can totally pick them up at your local Kroger.

What’s your favorite Thanksgiving side dish? Do you think it would go well with eel or a bald eagle? Let us know in the comments. Need some help putting fresh fowl on the table? Check out our article on the Best Beginner Shotguns for Bird Hunting. 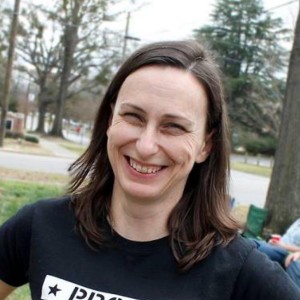