Washington, D.C. — In a stunning reversal of decades of military doctrine and common sense, the acting Secretary of Defense today announced the gradual replacement of M4 and M16 rifles currently in service with AK100 series rifles to be supplied by Kalashnikov Concern’s American-based subsidiary, Kalashnikov USA. 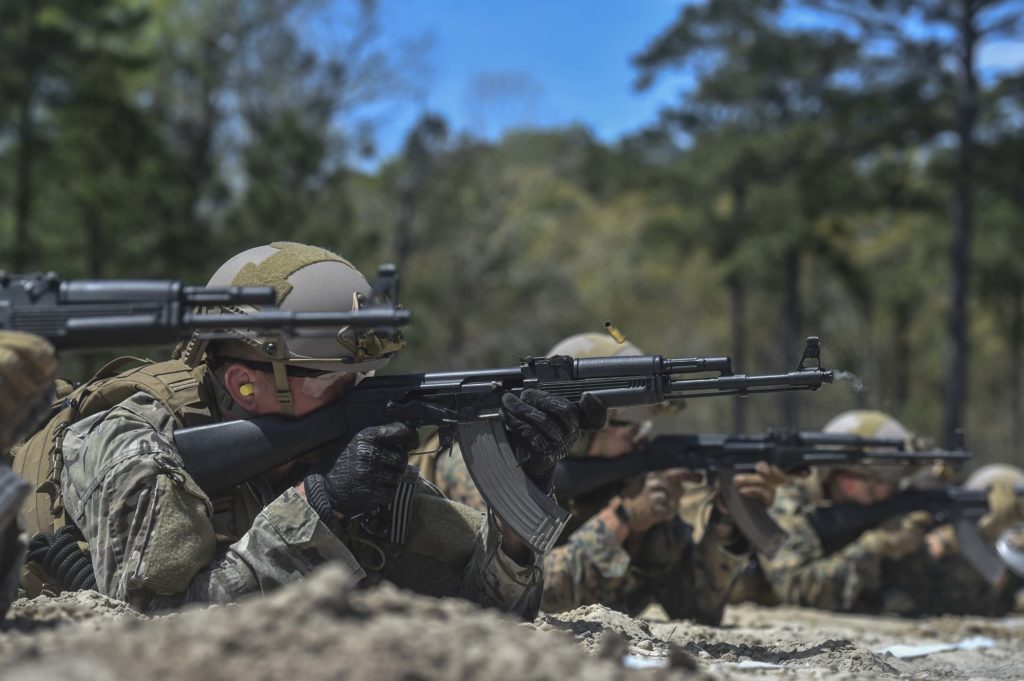 “We’ve long said that any eventual replacement for the M4 carbine needs to prove itself – prove that it’s better than what we’re replacing. Well, this isn’t necessarily that – but policy must grow and change to adapt to the times. The Russians have been slapping rails and M4 stocks on AKs for so long, they’re basically M4s, right? But cheaper!” the Secretary explained.

An official memo from the Pentagon went on to explain that because American troops have been at war surrounded by AKs for nearly twenty years, familiarity with the weapons platform was ‘decent’.

“We’ve long admired the Kalashnikov small arms from afar – both for their rugged reliability and their apparent ability to withstand pushups performed on the rifle while balanced on the magazine. However, accepted warfare doctrine generally advises against having your nation’s primary rifle manufactured by your direct geopolitical ally.” The Pentagon notes.

“However, that’s no longer a concern! Now that Kalashnikov has a stateside operation, we’re proud to say that the AK series rifles are as American as apple pie.”

While reactions  across the defense industry have largely been mixed, experts agree that the move is a bizarre one – noting that since its formation in 2014, Kalashnikov USA has managed to present approximately “nothing cool” for sale in the US.

Disclaimer: This is a satire/parody post, which may or may not use actual names in quasi-real and/or fictitious narration. So try not to get too butt-hurt about it.  Also…April 1st.

But…this is for real.  Check out our Best AK-47s You Can Still Buy.