One of the coolest things about the shooting sports is that there is something for everyone.  Your journey into the world of firearms can take a lot of different paths once you know the basics.

Some may jump into competitive sports like IDPA or 3-gun.  Maybe you are drawn to the challenge and speed of sporting clays.  Or maybe you like the old west classics, fancy cowboy gear and banging steel with competitors on the cowboy action shooting circuit.

If you love precision, long-range shooting will appeal to you.  The PRS (Precision Rifle Series) is really taking off and will give you a chance to hone your ability to judge distances, dope the wind and make challenging shots from field positions.

Personally, I love to shoot, reload and tinker with all kinds of guns.  But I must confess that my passion is hunting.  Primarily big-game hunting.

I think the ultimate test for the shooter is to make the jump to the hunting fields and pursue wild game on their turf, and their terms.  And as much as I like all the fabulous rifles, handguns and optics we have available today, I’m going to focus on taking a step back in time and going after big-game with the muzzleloading rifle.

If you’ve read the pieces on loading, shooting, cleaning and maintaining the muzzleloading rifle you already know that by picking up the ole smokepole you are making your hunt that much more challenging.

You have one shot.  You must be close.  You are shooting a relatively large diameter bullet at relatively low velocities.  You have stacked the deck to favor your critter of choice.  So what is the attraction to “primitive rifle seasons”?

What Is a Primitive Season?

The word primitive can mean a lot of things to a lot of people.  For our purposes let’s use the following definition from our friend Webster.

“Primitive:  belonging to or characteristic of an early stage of development :  crude,  rudimentary primitive technology”.

In the discussion of primitive rifle seasons, the muzzleloader pretty well fits this definition of being in the early stage of development of the rifle as a shooting system.

In many states we will discover that the agency overseeing hunting regulations and seasons has defined primitive weapons to include such things as archery tackle and muzzleloading rifles.

For instance, in Washington the following definition is used in the 2017 Washington State Big Game Hunting Pamphlet:

“Muzzleloader: A firearm that is loaded from the muzzle and uses black powder or a black powder substitute as recommended by the manufacturer for use in all muzzleloading firearms.”

Pretty straightforward.  But that is where the simplicity in the regulations ends.  And just because the firearm is loaded from the muzzle, by no means does that make it a “primitive” firearm.

Take a look at this muzzleloader from Gunwerks (starts at $5,750).  By definition it is a muzzleloader.  But when drilling down into the rest of regulations for Washington it does not qualify for muzzleloader specific seasons.

The Gunwerks Muzzleloader is a precision rifle capable of up to 500 yard shots using their recommended loads and optics.  But while it is a fabulous rifle, for many states it does not meet the requirements of primitive seasons.

To help you get a grasp on the regulations for each state, our friends at Muzzleloaders.com have compiled a list of all state regulations regarding muzzleloading hunting seasons.  The list was published in 2016, so be sure to check for any changes in the state you are planning to hunt.

Other Considerations Regarding Your Firearm

As you paw through the state by state regulations, you will find other definitions and requirements for your muzzleloader, for example, things like the sighting system.  Nearly every muzzleloader of modern design can accommodate a scope or red dot.  But read the fine print.

Many states require open sights and may allow fiber optic options.  We know we must use black powder or a black powder substitute.  But is it loose powder only, or does the state allow pelletized powder charges?

Primers are another consideration.  In many cases you will be required to use a traditional Number 11 Percussion Cap or a musket cap.  While reliable and proven, the traditional percussion cap does not pack the same punch as a modern shotgun primer when it comes to lighting off big charges of Pyrodex powders.  But again, are modern primers legal in your state or unit?

Why Hunt the Muzzleloader Seasons?

If you have decided hunting is something you want to pursue and you have all the best technology at your disposal to ethically and consistently kill your chosen game animal at ranges you are confident in, why pick up a muzzle loader and handicap yourself?

For many, the challenge of stalking close to game and knowing there is only one shot in the rifle is the reason to take up the sport.

Unlike the modern centerfire rifle capable of accurate, consistent shots to 300 yards or more for the average shooter, the muzzleloader requires fieldcraft to sneak within 50-100 yards of the target animal.  Your rifle is capable of much greater distances.  But are your eyes and open sights capable of consistent shots much beyond 100 yards?

Can you hit a paper plate every time from field positions?  That means no bench rest.  It means sitting, kneeling, and shooting off sticks or your pack.  When you can hit that plate every time, you are ready to take that one shot and confidently place your bullet in the vital area.

Probably the number one reason to pick up a muzzleloader is the opportunity to hunt seasons that are more likely to coincide with the rut.

What is the rut?  Basically, it is the mating season for big game animals.  If you decide to hunt that most royal of the deer species, the mighty elk, ideally you want a season that runs from about mid-September to early-October.

The bulls are less wary.  They have herds of cows gathered up and all the elk are much more vocal so you have an easier time locating them.  Also, because the elk are bunched up this time of year you are more likely to find a bull if you have drawn the right tag or a spike or cow in a herd than you are looking for the loaners after the rut has ended.

The same is true for whitetail and mule deer.  While deer don’t necessarily gather into big herds like elk, they are moving more and the bucks are less wary when chasing female companions.  As a general rule the later in the year you can hunt deer, the better.  That often means cold, snowy weather.

Just as we find seasons that may offer better odds of success we will also find it generally easier to draw special tags for big bulls, restricted areas for deer or special units and seasons that allow us to hunt in the peak of the rut.

As a general rule of thumb the muzzleloader hunter will find far less hunter competition in the woods during general muzzleloader seasons.

As mentioned above, today’s awesome selection of great rifles and optics make the general rifle seasons very appealing to most hunters.  They can reach way out with their rifle and take game at greater distances, so the work put in up front can be much less.

If hunting deer, generally the weather is better earlier.  Late seasons can be miserably wet, cold and snowy.  Many folks are not equipped for extreme wet and cold, so the number of hunters dwindles.

Finally, if you are a hunter who hunts not only for the awesome, pure protein that wild game provides, but also for the best mature specimen of a given species, record book requirements for organizations such as Safari Club International are less stringent for those pursuing game with primitive weapons.

If you are new to hunting, welcome!  Hunting is one of the most basic of instincts that resides in all of us.  The instinct is there because we need to eat to survive.  Eating the meat of game animals is the finest protein you can get your hands on in the modern world.

To learn more about hunting, field craft, care of game in the field, and preparation of game meat get online and connect with other hunters.  Organizations such as Safari Club International, Rocky Mountain Elk Foundation and Mule Deer Foundation are great places to meet experienced hunters and ask for some help to get started.  There is a local chapter in nearly every corner of the US.

As hunters we have a responsibility to help preserve and protect the game we hunt.

The dollars we spend on licenses and tags helps pay for habitat and conservation efforts led by state agencies.  The money and time spent by the organizations listed above help provide additional resources for habitat, conservation and protection of our game animals on a volunteer basis.  So get involved with a local chapter to help preserve and protect your right to hunt.

Picking up a muzzleloader and heading to the woods can be a grand experience.  So get close, make that shot count and enjoy the bounty that hunting during the primitive season in your state offers.

Until next time, aim small. 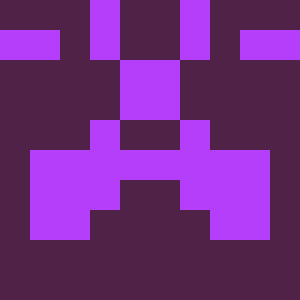